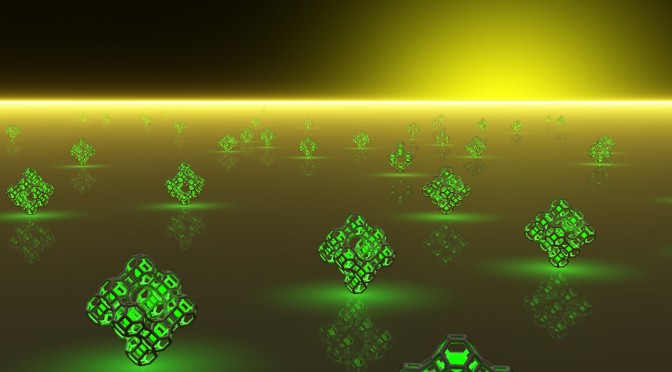 Researchers from the Université de Strasbourg & CNRS (France) and KU Leuven (Belgium) have shown that highly luminescent clusters of silver atoms can be assembled in the porous framework of minerals known as zeolites. The high efficiency of light emission from the materials along with cheap and scalable synthesis makes them very attractive for next generation fluorescent lamps and LEDs or for biological imaging. These results have been published in Nature Materials.

Silver clusters are small ensembles of just a few silver atoms (<10) which have remarkable catalytic and optical properties. Current applications for silver clusters are limited due to a natural tendency to aggregate into larger particles which do not exhibit these enhanced properties. To overcome this limitation, the researchers assembled and stabilised the clusters in nano-scale confined spaces. In particular, they used the pores in carefully chosen minerals called zeolites which are better known for their use in washing powder.

Zeolites can be found naturally or produced synthetically on an industrial scale. Owing to their rigid and well-defined framework made of molecular-scale channels and cavities, zeolites are already used for a wide range of domestic and industrial applications (e.g. laundry detergent, water purification, gas separation, catalysis).

In this study, the researchers investigated silver clusters assembled in four different types of zeolite. Silver ions were introduced into the zeolites by means of ion-exchange, leading to the partial or total replacement of the native sodium or potassium ions in the parent zeolites. Thermal treatment at elevated temperature allowed the controlled assembly of the silver ions into well-defined clusters within the confined space of the zeolite cavities.

An in-depth characterisation of these heat-treated silver-exchanged zeolites with various advanced spectroscopy techniques provided unambiguous evidence of a strong influence of the zeolite host and degree of silver uptake on the structural, electronic and optical properties of the clusters. The deep understanding acquired by the researchers allowed them to develop rational design rules for assembling metal clusters in zeolites. By applying their own design principles, they were able to synthesise materials with luminescence efficiencies close to 100%.

These findings are of paramount importance to elucidate the structure–property relationships of small metal clusters and ultimately the design principles established will be vital for developing highly luminescent materials with potential applications in optoelectronics (luminescent tags, fluorescent lamps, LEDs), bioimaging and catalysis.